is your data actually backed up? 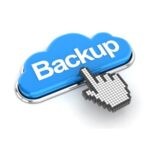 A client called us recently asking us to set up his new notebook after he had sent his old notebook away under warranty.

His previous IT guy had moved out of town. This IT guy had set up a Microsoft OneDrive as a cloud backup and assured him that “everything is safely in the cloud”.

In addition, he had set up an external backup to a portable USB hard disk and assured my client that “he had TWO backups”, so he was was confident everything was fine. As he never received any instruction on how to check the backups, he just assumed it was “plug and play”

We began the installation process on a brand new notebook and it soon became obvious that not only had his OneDrive not been configured correctly on his old notebook and his documents, but pictures and desktop also were not backed up.

In addition, the external back contained data over four years old. His old IT guy never bothered to check the backup a single time after his initial backup test all those years ago.

My client started to panic as he feared he had lost everything, all his photos of jobs, his family photos, his historical notes, quotes and invoices. Everything.

Fortunately, we advised on a process to remedy to situation. We managed to intercept his notebook going back to his supplier before parts were sent away and recovered his old information, transfered it to his new notebook, set up OneDrive correctly this time and backed his files up safely to the cloud.

Far too many IT companies are just plain ignorant about how dropbox, google drive and OneDrive work. They sell you products and services promising security and peace of mind, but either their techies are not trained, are inexperienced on Operating System and Cloud Service integrations.

When business owners systems fail, from hardware or ransomware attack, it’s like being on an aircraft and you jump out the plane, think you’re okay ’cause you’ve been sold a state-of-the-art parachute, but it doesn’t open, then pull the backup cord and it fails too.

Not only that – as our cloud backup worked so well, we didn’t even need his old notebook and set everything up off-site – everything just synced from the cloud proving to the client that his data was actually backed up and he was in good hands.

You would be amazed at how little most IT guys and small IT companies that don’t keep up with the trends know about cloud backups or cloud infrastructure in general. They are quite willing to use you as a guinnea pig to make a quick buck on subscriptions to services they don’t understand.

You still need to do routine checks to ensure backups and other systems are working.

Maybe it’s time to have this checked out to ensure the services you are paying for are actually set up correctly and working?

Home » is your data actually backed up?