Computer running slow? IT guy says an SSD can make it faster! uh, maybe read/listen to this first. 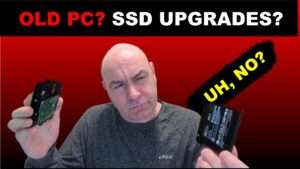 You see there are a lot of things changing in IT at the moment and before you spend your hard-earned cash, there are a few things you should know.

Installing an SSD is probably the single best way to speed up a computer, but as we are approaching the end of the life of Windows and Mac Intel product life cycles, this may not be the best time to do it. The Mac and Windows landscape is changing and there is a three-year countdown towards hardware obsolescence.

Some small mobile tech companies are clinging on for dear life and often try to sell you services and hardware that you don’t need without making you aware of the longevity of their solution.

Listen to this article here: 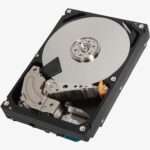 A few years back, with Windows computers or Mac computers, if they were running a bit slow, all you would do is pull out your old, slow mechanic drive and upgrade it with a new Solid State Drive (SSD) and clone your data onto it. It would make your computer significantly faster.

Times have changed, however. Unfortunately, computers have become like cell phones and tablets. Don’t just accept the advice blindly of upgrading to an SSD if your computer is older than three years. It may not be worth doing it. If you have a Windows computer and it can’t run Windows 11, don’t do it. Unless you are desperate to get a computer working and can’t afford a new one or a slightly older refurbished one, don’t upgrade to an SSD.

If you have an Intel-based Mac, not one of the new “Apple Silicon” ones, don’t do it either. (The M1’s are not serviceable anyway as they’re assembled to be that way by Apple)

If you have a Mac running an Intel Chip? You’ve only got a few years of life left on it at most. Probably three at the most if it’s a 2020 model before Apple stops doing security updates with the last release of supported macOS. A year less for each iMac that is older. Probably even less for a Mac that has a CPU older than an 8th Generation Intel chip.

Apple is only half-heartedly supporting older Intel Mac computers. Yes, the 2020 Intel iMac or MacBook will support the latest macOS Monterey, but there will be features missing.

For example, the M1 Mac with the latest macOS Monterey has: 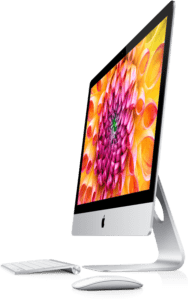 The Latest Intel Mac from about 2020 doesn’t get these features. Expect future Mac OS versions to have even fewer features available compared to their M1 counterparts running the same O/S. Intel Mac products are on life-support. If you’re going to continue using it for basic web browsing, not using it for Internet Banking, all good, but for anything more, don’t bother upgrading it when it is so close to no longer being supported by Apple.

It’s a heck of a security risk running a computer that doesn’t run the latest security updates. Fewer and fewer apps are going to work with it as well – a far worse scenario than when Apple moved from High Sierra macOS to Mojave and then rendered a death knell to older applications with the 64-bit only Catalina and later Mac OS versions.

Apple wants you to have an M1 or M2 “Apple Silicon” Mac, iMac or MacBook. they want you to buy a new computer every five years, but they’ll probably push it out to eight with the new silicon.

Now, what about a Windows computer? Upgrading to an SSD is still okay, right?

Well, no. You see, Microsoft has also added a host of new, improved security features to make your Windows Operating system more secure in Windows 11. Windows 11 is a significant upgrade on Windows 10 in terms of security.

If your Windows computer is less than 3 years old, or older than an Intel 8th Generation CPU, your PC is on borrowed time. Support for Windows 10 ends on 14 October 2025 and then you’re probably at risk if you’re using it without security updates and doing Internet banking.

So, if your computer can’t run Windows 11, DO NOT get an SSD upgrade to speed it up unless your hard disk is failing and you have absolutely no choice. If you’re happy with three years of life left on your computer or using it for browsing non-sensitive financial sites, or just gaming, then go for it.

All I am doing is advising you to weigh up the costs first.

Even a second hand 8th Generation Intel computer is a heck of a step up over older models and these usually come with SSD drives anyway. So maybe look around for one of those.

So, if you’re intending on upgrading a computer older than three years, think carefully about it because when you add the labour costs up, you’re probably just better off getting a new Windows 11 compatible computer.

Now, to be clear: Your Apple or Windows computer won’t just stop working on October 2025 or when it falls out of the security support cycle, but it will be less secure when connected to the internet. And, no, an antivirus can’t plug up holes left by the security of the Operating System. This is why many Anti-Virus don’t work on Windows 7 anymore or state they don’t have a version to support it.

It always amuses me that Apple and these other Tech companies try so hard to push they’re so environmentally friendly, then make their products obselete. I guess Apple does more – heck, they even removed a charger from all their phones to save the planet! 🙂