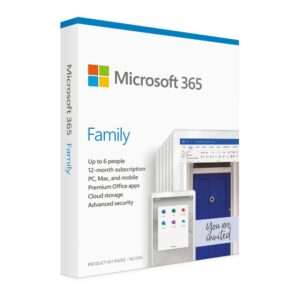 You needed Microsoft Word, Excel, Outlook and other desktop apps, so your existing mobile tech support company sold you a Microsoft 365 (formerly Office 365) subscription or perhaps you were given a three-month trial when you purchased your computer or notebook but it wasn’t explained or demonstrated just how powerful it is and what it’s capabilities were.

We’ve encountered many of these scenarios where the customer has been sold a subscription and then we find they have an external USB backup drive backing up their files.

IGNORANCE (LACK OF EXPERIENCE) IS BLISS:
Sometimes, their “it guy” or “geek” or “techie” even sold them both the MS 365 subscription as well as a USB drive and then set up the backups to the external drive. External Drive solutions are great when used with a cloud backup, but if you’re using only an external drive, you need to use a minimum of two and rotate them to ensure that if you get a virus that encrypts your data it won’t wipe out all the data on the external drive as well. External drives are good backups for PC or internal hard disk failure, but not against a virus / ransomware.

LISTEN TO THIS ARTICLE HERE: 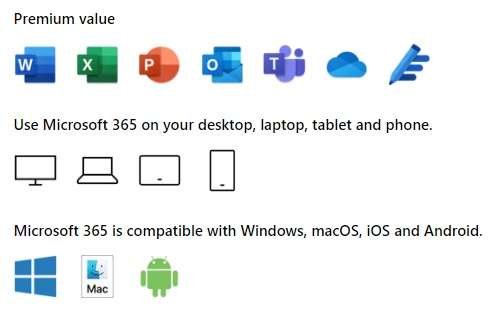 It’s a disappointing reflection of the mobile IT support industry, but we can hardly recall the number of times that we find Windows notebooks or computers where the free OneDrive cloud storage isn’t even activated and the other benefits of exactly what Microsoft 365 can do aren’t explained or implemented.

Here’s the thing – besides the desktop apps that your Microsoft 365 subscription gives you, not only do you get 1000Gb (one Terabyte) of cloud backup and replication as standard, but the Microsoft system implements “versioning” permitting you to restore previous versions of documents if you accidently overwrite them. It’s more than just a file sync, it is also a mini-document management system. It also permits “file sharing” to external users directly from your PC via the cloud.

Another thing we have experienced is? Often we find that the incorrect subscription has been sold to a customer. If you’re a single user needing access to Word, Excel, Outlook and other apps, you just need Microsoft 365 Personal edition. This permits an individual to install Word, Excel and Powerpoint on up to 5 different devices.

For some reason, when a customer tells their mobile tech they need to install Word and Excel on more than one computer belonging to them, they need a Microsoft 365 family license.

This is not the case. Microsoft 365 Family gives the main user the ability to share a license with all the Microsoft Personal features with up to FIVE other family members.

EACH family member can then install Word, and Excel on up to FIVE of their own devices, so technically, 30 Installations are possible between those six users of the Microsoft 365 Family license. Each of these users has access to their own 1000Gb of cloud storage, and their own OneDrive account.

Microsoft Personal costs about NZ$120 and Microsoft Family is NZ$165 per year.

With a Windows system, you get the ability to save to one location by default – a space called the “OneDrive”, but you can then set up the service to automatically backup your Document Library, Desktop Library and Pictures (Photos) Library as part of the built-in features.

It even offers the ability to backup your other Microsoft Windows libraries including Downloads, Videos, Music and even custom libraries!

ONEDRIVE IS SO MUCH MORE!
Now for the other things that aren’t disclosed or explained when customers are sold a license. If you have an android phone, tablet or iPhone or iPad, you can set up OneDrive on these devices and back up your photos straight to the cloud. Then you can access photos, your desktop, and your documents from your PC on your phone or tablet!

ONEDRIVE IS A TIME MACHINE!
As crypto-currency such as bitcoin makes it easier for criminals to get away easier with ransomware – attempting to extort us using malware to encrypt our files, it’s inevitable that many of us will probably have our data held to ransom. If you have your data in the cloud, OneDrive has a handy feature to restore a day or two in the past – before your data was encrypted and held to ransom.

On more than occassion, we’ve successfully restored all a customer’s most important data when hard disks have crashed, notebooks stolen or data encrypted. Usually, it’s a case of setting up the new computer, setting up OneDrive and waiting for the files to restore from the cloud. Complete peace of mind is there if it’s set up correctly.

While we always recommend a physical backup as well as a cloud one, OneDrive is hands-down the best cloud backup and replication service out of Apple, Microsoft and Google.

SAVINGS!
With the Microsoft solution implemented correctly on your devices, this can save you from spending more on a Google Drive Account or spending more on a larger iCloud Drive subscription by offloading all your photos to the cloud with OneDrive instead of paying for multiple cloud services as photos and videos take up the bulk of most storage.

CROSS-PLATFORM:
Microsoft 365, OneDrive works on Apple Mac, Windows, iPad, iPhone, Android tablets and phones. It’s also all accessible in any web browser, so it basically works everywhere keeping you connected to your data on any device.

FREE E-MAIL ADDRESS:
Your cloud subscription also includes a free Microsoft e-mail address (OUTLOOK.com) with access to most, if not all of the business features, for example – one of the best and fastest syncing of mail, calendars, to-do lists and contacts. Once again, these can sync across all your devices. It also includes the ability to send really large attachments and attach files as direct links to the cloud to your e-mail. You also get added protection from viruses and phishing attacks to a subscription e-mail address as well as enhanced editing tools.

ENHANCED MICROSOFT TEAMS
Microsoft Teams permits you to have 30 hours of uninterrupted group calls with up to 300 people. Microsoft Teams videos are generally much sharper, and more stable than other apps like Zoom – probably because, unlike Zoom, your video calls aren’t usually routed through China.